Street fundraiser: Excuse me sir, can I just borrow a few minutes of your time

You: Errr, well Im actually in quite a hurry but if you do insist on blocking my path like that, I guess I do have some time for you.....

Street fundraiser: Excellent..... So I work for organisation X and I am out here to collect donations for some of our projects. Have you heard of our organisation.

You: Yes, I have heard of your organisation

Street fundraiser: Oh, fantastic. What do you know about our organisation and its work?

You: Well, your project in country X is very much ineffective as it is outdated and not really in line with the aid strategy of the rest of the country. The local community are often angry with the way you interact with them......Oh and I'm pretty sure your finance director there is a drunk.

Street fundraiser: ......errr, so I'm guessing you don't want to give us a donation today?

You: No thank you.

"Well we have the solution for you! The Aid worker badge: 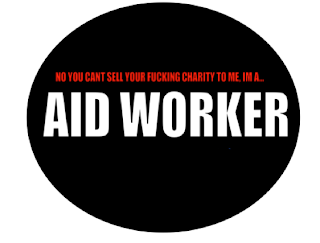 "So the next time you're back home for R&R and wandering the developed streets, wear this badge and let the world know that you are too important to be bothered. This badge will help make yourself stand out from the crowd of selfish decadent private sector workers, impress the public and get you laid"

DISCLAIMER: These badges are not designed for use by UN workers. They already make enough money and are smug enough as it is. They are the 1%

Email ThisBlogThis!Share to TwitterShare to FacebookShare to Pinterest
Posted by Boredinpostconflict at 5:57 AM No comments: 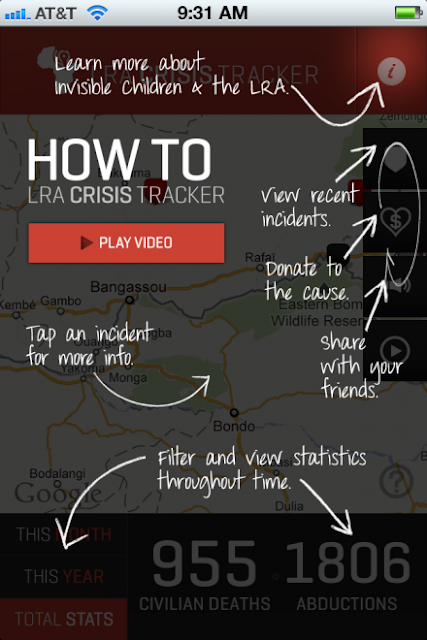 I just hope that he doesn't accidentally get shot by those newly US trained soldiers.

Email ThisBlogThis!Share to TwitterShare to FacebookShare to Pinterest
Posted by Boredinpostconflict at 5:58 PM No comments:


My reaction after watching this video that my friend had sent me was:

I was convinced that this was a joke for four reasons:

2) The three guys running the project look like cast members of a Saturday Night Live-like show (I thought I had been away for so long that these were just some comedians I hadn't heard of).

3) The fact that they used Bing to search for things on the internet.....I mean seriously, who actually uses Bing without being forced to.

and finally because of this guy: 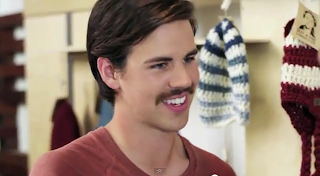 "Wow these guys must be super committed to the joke, they even made an entire website for it."

I must have watched the video 10 times over to find clues of it being a joke. I even started going through the website, reading all their finance report, while still thinking to myself; "This is one elaborate joke"............. I think the fact that they were advertising sweaters for chickens didn't really help.

Eventually, I came to terms with it. These guys were serious.

So naturally, I put on my cynic cap on and began to think of the many ways in which this idea fails.

"Hopefully, they actually cause more harm than they help...." I began to lustfully dream while stroking my chin.

I came up with nothing*.

After getting over the mild depression that came with the death of my cynical side I began to think positively.

Although one thing that did get me thinking was their choice of location......Uganda. They have their story as to how they started there, but recently I have been hearing about a lot of these micro-development projects popping up there, e.g. DIG. It seems that Uganda has become a test market for all these new innovative projects. Maybe its because the country is relatively stable but just not too developed that you can't establish a grassroots project there. Anyways, it was just interesting to note.

So in the end, as much as I would like to be a dick, I have to let these hipster bros (I have been away for too long) go, holster my guns of snark and save them for the day Prendergrast decides to rear his head back in the public spotlight.........it will be soon. I can feel it.

* So some negative things to point out: We have no idea where the materials/wool for these hats are coming from.....maybe they are conflict wool. Also, their finance report reads like a 9 year old's toy box inventory. Finally, the purchase of these hats may cause damage on the Chinese economy, the traditional manufacturer of junk.

Email ThisBlogThis!Share to TwitterShare to FacebookShare to Pinterest
Posted by Boredinpostconflict at 12:23 PM 4 comments:

J at Tales from the Hood has a nice rant about shaking up current aid system, of which he describes as a ménage à trois between the donors, aid implementers and beneficiaries.

Here is how it goes down:

- AP then has to find a local AP (L-AP) to actually implement the project because the AP staff don't actually speak the local language or know anything about the local culture. Sometimes AP has to use L-AP because the local government wants to see some of that sexy overhead money go to its own local companies...err, I mean L-AP.

- Some of that money goes to that mysterious consultant that just turns up from nowhere and has such an important sounding job title that you are simply forced to give him the cash in exchange for a ridiculously convoluted report.......who invited that guy anyways?

- L-AP doesn't actually have any technical skill or equipment so they hire contractors who are owned either by a local politician, some foreign guys (Eriterians, Lebanese, South Africans etc) or by a staff member of the AP.

- Consultant appears again and demands further payment for his services. Obviously he gets paid......Seriously guys, who invited that guy?

- L-AP director decides to pack his bags and just leave the country.....along with the money of course. Donor MUST NOT HER ABOUT THIS. AP steps in, finds another L-AP to complete the project using the same contractors. Consultant gets paid again.

- Beneficiary gets something.....wait, what was the project again? Oh, you mean you didn't more water supplies? Flooding you say? Well, you will have to simply wait until the next cycle little buddy.

- UN comes in and takes credit for EVERYTHING.


- Consultant gets paid again
Email ThisBlogThis!Share to TwitterShare to FacebookShare to Pinterest
Posted by Boredinpostconflict at 12:13 PM No comments: 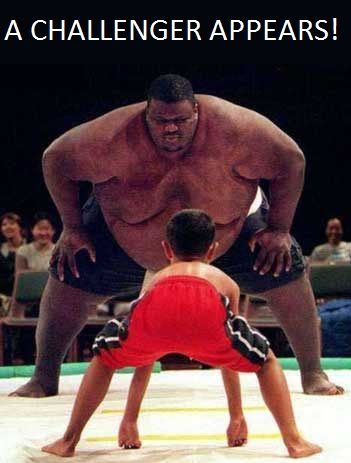 So we have another South Sudan blogger amongst our midst, Tales of a Traveling Turkey. While the title seriously requires some rebranding (I imagine this is simply due to the location of where this blog was conceived), it is worth a read for the antics of an aid worker travelling between Ethiopia and South Sudan. Whats the best post from this blog you ask? Why of course its the one that refers to this blog.......
Email ThisBlogThis!Share to TwitterShare to FacebookShare to Pinterest
Posted by Boredinpostconflict at 12:36 PM 1 comment: