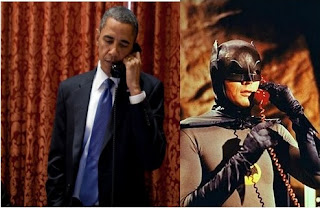 Now Im not quite sure how to react to this as I am totally flabbergasted by the concept of a citizen's direct hotline to the executive government office. If this is actually a thing, then I am quite impressed. However, a part of me feels like this is some grand joke that the White House formulated to relieve itself of the pressure put on it by civil society. Like when a girl gives a fake phone number to guy to avoid the awkwardness and potential conflict arising from a straight up rejection. Point 3 seems to suggest that you get to talk to Obama......Now I imagine that is not true, but would be pretty awsome. Just like Kagame's heavy personal usage of social networking media to communicate with his citizens (link/link).
Email ThisBlogThis!Share to TwitterShare to FacebookShare to Pinterest
Posted by Boredinpostconflict at 1:45 AM