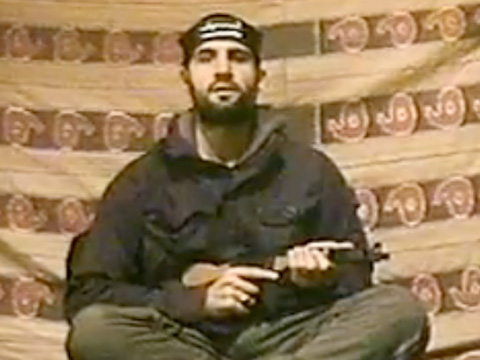 NOTE: This is actually a really shit post. It just got the most hits because of the picture and its link in google images.

Have you ever watched Chris Morris' Four Lions? No? Well you really should. It is a hilarious (yet feasible) tale of a group of blundering wannabe British jihadist who strive for glory through their terrorist plot. Aside from the more emotionally engaging scenes, the movie is basically a mock-blooper reel of terrorism that leaves a funny taste in your mouth at the end.
Anyway....

For all you reality TV fans out there, you can now watch a real-life terrorist blooper reel over at Wired's Danger room. The 26 minute video contains out-takes of what would have been a propaganda video had the 15 year old Omar Khadr and his merry men not been captured by US Special Forces (Go Joe!).

Also, if your a fan of behind the scenes Taliban behaviour, I would strongly suggest getting a hold of Paul Refsdal's 'Behind Enemy Lines'. You can't watch it on the SBS site unless your in Australia but it is still floating around the internet somewhere.....try torrents.

There is something to be said about the perceiving 'the enemy' in non-combat scenarios and its humanising effects......but someone else will say it....I'm going home.
Email ThisBlogThis!Share to TwitterShare to FacebookShare to Pinterest
Posted by Boredinpostconflict at 4:11 AM