Credit to the real white knight

Only when there is fun shit to be criticised do I emerge from whatever hole I've been hiding in for the past however long its been.

So the internet is going absolutely mental with chatter on Invisible Children's "Kony 2012" campaign. If you don't know what I'm talking about, you're obviously the only person in the world who still uses Myspace instead of Facebook.

And I'm not going to bother repeating all the arguments that have already been eloquently addressed by others such as:

- IV is not so transparent
- The information provided by the video is somewhat exaggerated
- This is just another instance of the White Knight required to save the poor Africans
- The founders are a bunch of twats:
The founder Jason 'Radical Russell said in an interview: "If Oprah, Steven Spielberg and Bono had a baby, I would be that baby."

I am instead going to focus on one serious detail.......the fact that they tried to steal another great man's thunder.....taking away from his success, and profiting from it. That man of course is non other than, Sam Childers, The Machine Gun Preacher.

Those of you who have read my blog in the past have always known that I am a huge huge fan of Mr Childers. That is why it absolutely breaks my heart to see that a bunch of preppy dickheads have tried to benefit from Mr Childer's achievements, namely, convincing the US government to deploy US forces to Uganda to help train soldiers there to hunt Kony.
As Joshua Keating has rightfully pointed out, the IV's video suggests that their campaign is merely trying to make sure that Obama does not withdraw those soldiers.....even though no one has mentioned that they were planning to do so.

It was the Machine Gun preacher movie that got the US government interested in the issue, which resulted in the initial deployment of forces in Uganda.

The way I see it, these kids spent too long editing their movie (don't try to compete with Hollywood) that they could no longer take credit for the US deploying the troops. Nor could they make their cause about putting pressure on the US government to deploy troops. Instead, they had to come up with this desperate reasoning of keeping the troops there.

So if there is an organisation you want to support, I would strongly suggest supporting the Machine Gun Preacher's organisation, Angels of East Africa (NO, DONT ACTUALLY DO THAT, I AM JUST JOKING!!!!!)

But seriously, if there are white folks to be thanked, it really should be Sam Childers and Gerrad Butler......lets throw Prendergrast in there too (he might be a twat, but at least he's my twat).

As with any internet fad, absolutely shameless humour always ensues.....here are some highlights mainly from 4chan and Canvas: 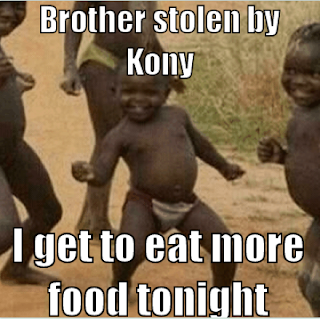 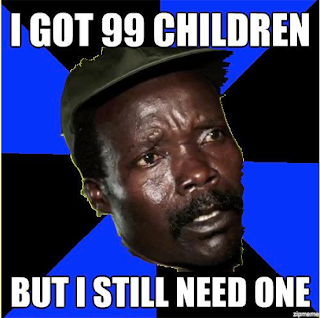 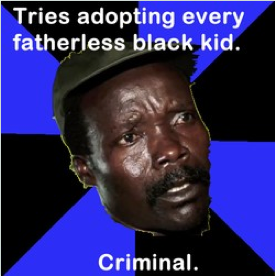 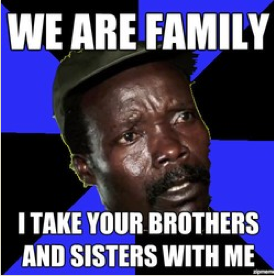 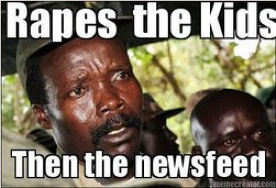 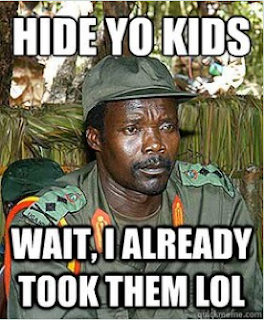 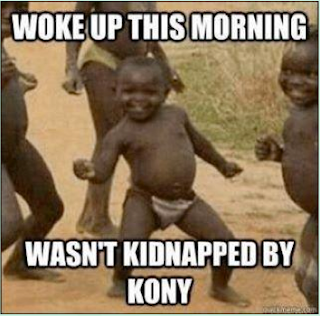 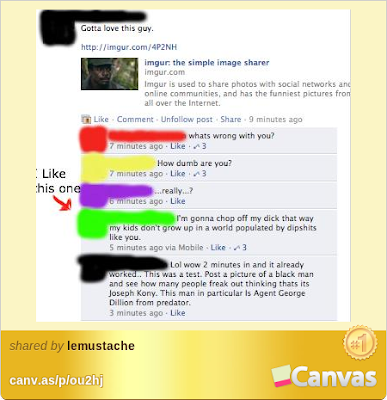 Email ThisBlogThis!Share to TwitterShare to FacebookShare to Pinterest
Posted by Boredinpostconflict at 5:46 AM